Customers love Puppyfor.me, as you can tell from the ratings and reviews below. There are many scam sites out there, and it always pays to do your homework before buying. After you’re done with our reviews, also check out our guide on spotting puppy scammers and Puppyfor.me customer photos page. 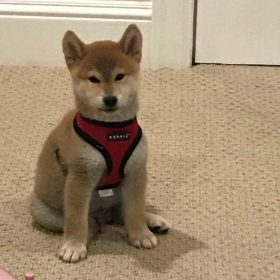 I love my little Shiba boy from PuppyFor.Me!

He’s absolutely beautiful, has a great temperament and is very smart. He was already crate trained when I brought him home and really playful/happy to be around new pups. He has never pooped in the house, but we’re still working on keeping the pee outside only (he won’t use pee pads, he thinks they’re a chew toy lol), though we gotten down to only a couple “accidents” a week, usually when he’s over excited playing with the other pup in the house or at puppy playgroup. He has his nippy puppy moments but I suspect as with most puppies he will grow out of that with proper training/once teething is over (he’s just under 5 months now).

The online ordering and pick up from SFO went smoothly. I preferred to pay the extra fee and use a credit card instead of cash.

I took him to the vet the day after I brought him home and she said he was in “perfect health” and I got a “perfect pup.” He did have ringworm (it’s kind of like athlete’s foot, not dangerous, just annoying) and a fecal issue but from what I’ve been told that’s pretty common with puppies and there’s not much you can do about except treat it after the fact.

I can’t take him for a 10 minute walk without getting compliments on how cute he is. He responds well to strangers and enjoys the affection (hyper children sketch him out a little but they also sketch me out, so can’t blame him on that :), it’s obvious he was exposed to a lot of people who treated him well, even prior to coming home with me.

Would definitely buy another Shiba from these guys and highly recommend! 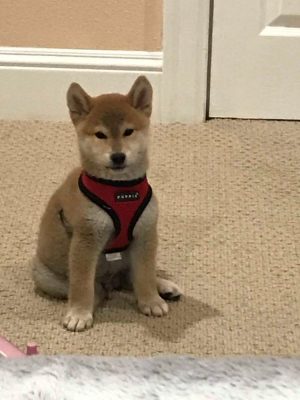 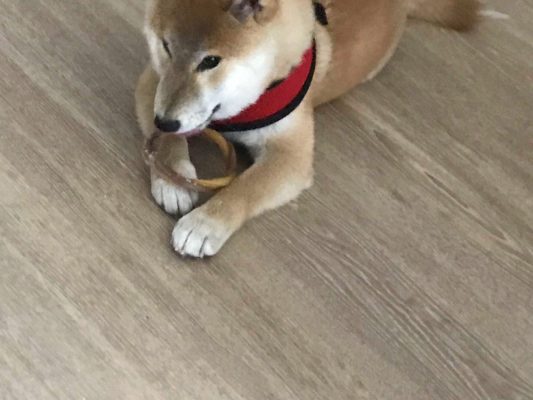 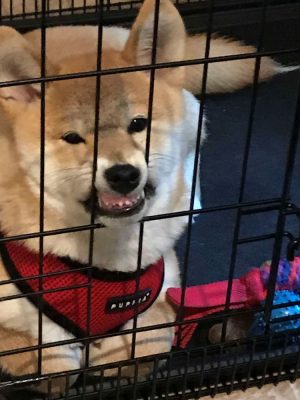 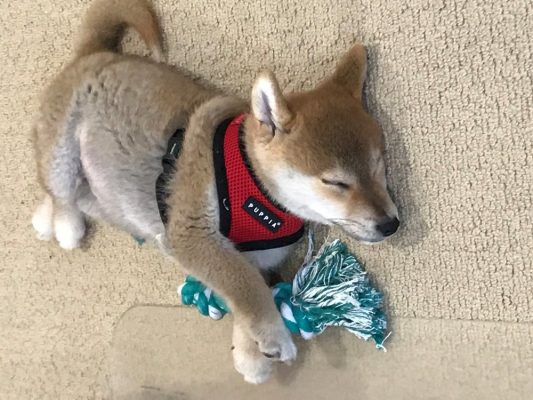 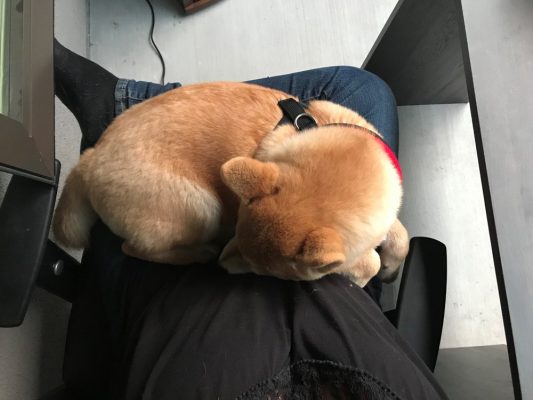 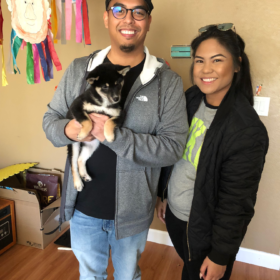 If you’ve researched enough though, you will find that they have reputable years selling on there and was able to provide reference(s) before I put down a deposit for my black and tan shinu.

Daisy (at the time) checked out after a vet visit the day after pick up. She was pretty much crate-trained and just needed a little more reinforcement in potty training on a pad indoors during the winter months.

Now Emi’s grown long, cool and thriving as much as PuppyForMe’s Customers page.

For the eight months I’ve had her, a handful have questioned the origin and purity of Emi since they’re so ‘rare’ but if you’ve honed in on a “non-native” US breed as I had on the Shiba Inu, Puppyfor.me is the way to go in San Jose.

You just need to Listen for your Spirit Animal’s calling and pick up! =) 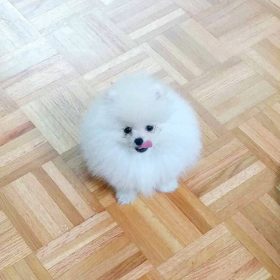 I was searching for a pure breed white Pomeranian and came across this website. Moe is healthy and has a great personality (you can see more photos on Instagram @fluffymoemoe) Everyone loves him. I’m very happy with the purchase and definitely recommend this breeder. 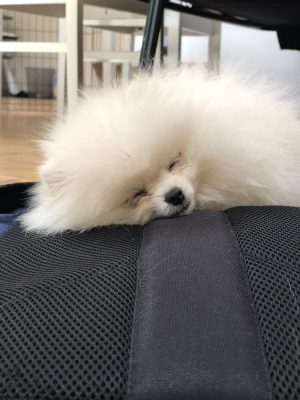 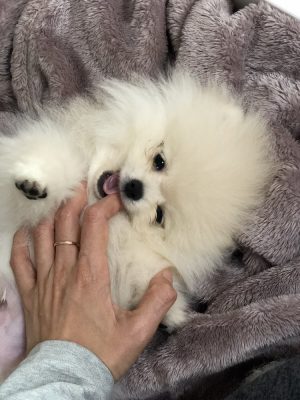 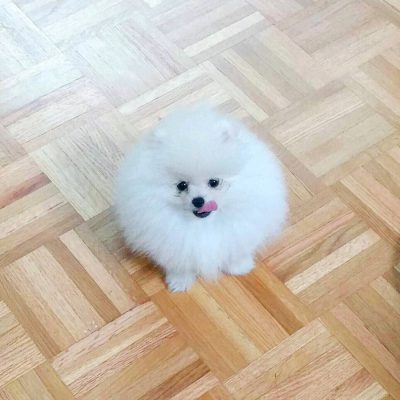 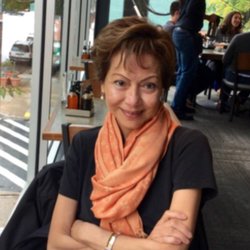 Although it was beyond control, our puppy Toy Poodle arrived 10 days later than expected. The breeder communicated as best as he could realizing that there were several of us buying at the same time. Our puppy was perfect and better than imagined. This breeder is reliable! Beware of scammers out there as we had experience one! Very very happy! 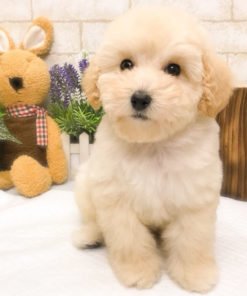 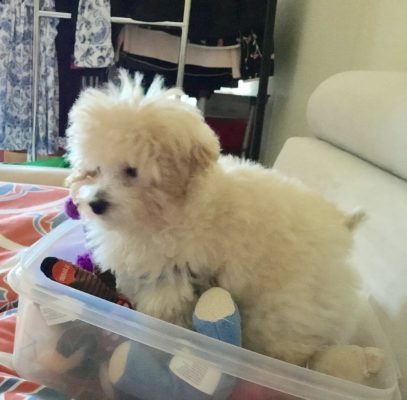 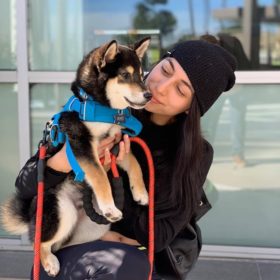 We got our little miko (then Gunner) a little more than a week ago. We had spoke with Puppyfor.me on the phone and through text and he was pretty clear on what we were expecting when we got him. He also sent more photos and videos when asked! Miko was 100% like the photos and videos! He is really social and knew basic training, he is pretty much potty trained and is very puppy like! I would say that everything was excellent, the only thing I was kinda iffy about was the amount of time of communication.

Anyway, miko is great and I thank puppyfor.me for giving me an amazing pup! 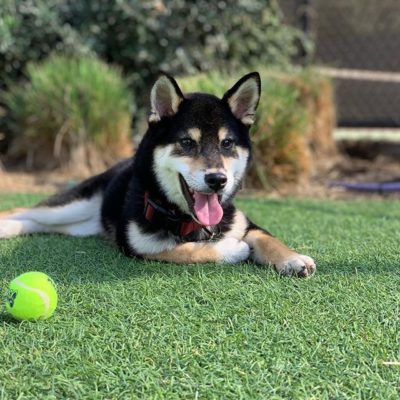 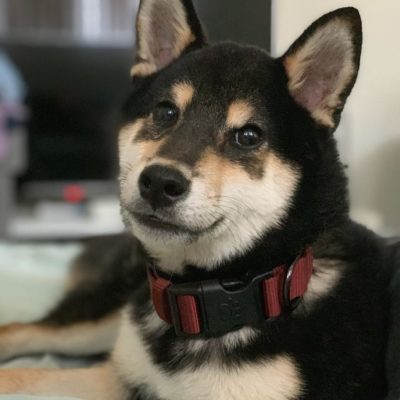 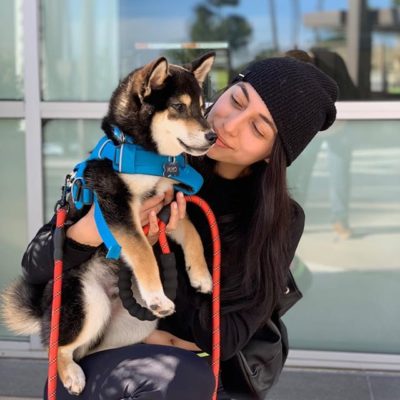 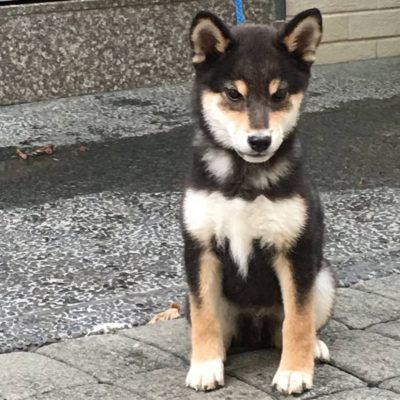 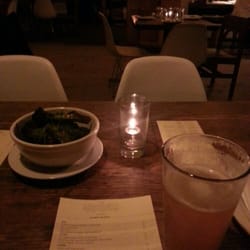 We were little skeptical when we found Puppyfor.me from a puppy finder website. But through Puppyfor.me, this adorable guy became our family!! Jason there will ask for the deposit it is because he has to know for sure if you will purchase the puppy or not before puppy gets shipped from oversea.He was very responsive and our dog is very healthy and best Shiba Inu ever!!! Thank you! 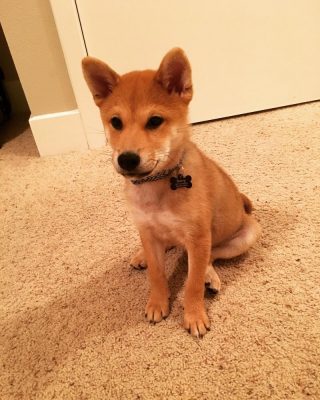 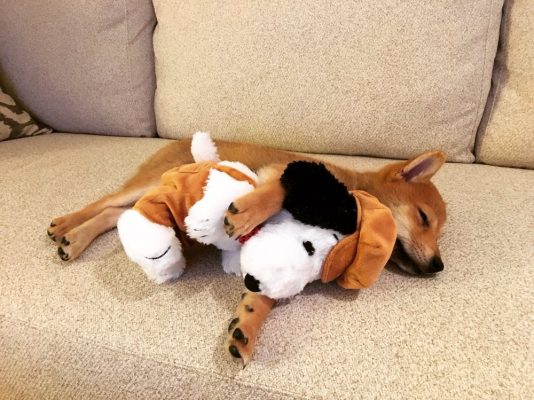 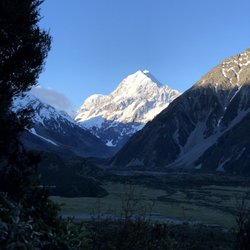 We got our puppy Bruno from Jason. The quickest way to communicate with Jasonis to txt and email on the status of the puppy. We got our puppy earlier than expected. Since we were out of town, Jason kept the puppy for us for additional days. Bruno now became our love. We also did a DNA test on Bruno and it came back as 100% Shiba Inu. Thanks.

I was very tempted to give a review immediately upon receiving our beautiful puppy but thought it better to wait until after her first veterinarian appointment. Our veterinarian gave her a clean bill of health (no surprise) and said she is definitely a healthy & happy puppy. I believe she was well taken care of before coming to us. She is very beautiful (black & tan Shiba Inu), great with our kiddos & socializing well with children. She cannot be with other dogs yet. I read other reviews prior to deciding to go with puppy for me. There can be delays in responses but I did not experience any delay when it was time sensitive. I think it can be frustrating when we are use to immediate responses to have one take a couple of days. Our family is completely satisfied with the service we received & completely over the moon with our newest family member.

It was such a nice experience to get my shiba in puppyforme. My puppy looks better when grows up